Tian Meng : Debunk the Myth of Heroic Leadership and Embrace the Era of Distributed Leadership

Before moving to England, she had acquired her Bachelor’s degree in China and her Master’s and Ph.D degrees in Finland, and then worked as a senior researcher at the Institute for the Management and Economics of Education, University of Teacher Education Zug, Switzerland. She is passionate about comparing school leaders’ practices in different socio-cultural contexts and supporting leaders’ professional development with research-based training projects. 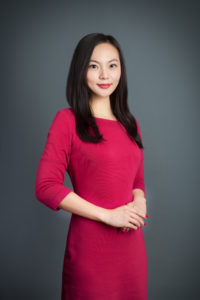 Organizations, schools included, have been operating under the romance of heroic leadership for centuries. Meindl, Ehrlich, and Dukerich (1985) described the phenomenon of over-attributing organization’s success or failure to a solo leader as the romance of leadership. The symbol of a heroic leader has often been associated with one individual’s strong self-esteem, prestige, charisma and capability to revive a failing organization in a challenging situation.

Consciously or unconsciously, we subscribe to this romanticized conception of leadership and even reinforce it in our daily life. For instance, Felfe and Petersen (2007) discovered that when making managerial decisions, clerical workers who believed in the romance of heroic leadership tended to approve a project if they considered their leader had a high probability of success. On the contrary, if the workers mistrusted their leader’s personal traits, they tended to disapprove the project. Binding the life or death of a project as well as the success or failure of an organization to one individual hallmarks the era of heroic leadership.

Our obsession with this romanticized conception of leadership can be explained by our psychological mechanism. When putting the fate of an organization into one leader’s hands, many abstract concepts seem to become more concrete and approachable. When we say a good leader walks the talk, we mean that the organizational vision, mission, and values are embodied in that leader’s words and actions for followers to observe and shadow. Also, giving control to one person with authority can greatly ease our fear of uncertainty and conflicts. In societies and in organizations, we create structures to reduce role ambiguity. Within a structure, we build hierarchy to further clarify the chain of command. Attached to the chain of command, we pinpoint one top leader to bear the ultimate responsibilities for all the organizational affairs. As a result, we expect this heroic leader to bring stability, clarity, and efficiency. However, the question is whether this heroic leadership still the best option for today’s organizations?

To debunk the myth of heroic leadership, we have to surface some underlying danger of this romance. Firstly, earlier research has repeatedly confirmed that an organization has both formal and informal leaders. Without positional power, informal leaders can also exercise tremendous discursive power via active influence or passive resistance, and in some cases, to compete against the positional power wielded by formal leaders.

Setting a shared vision and concrete goals. The best way to align informal leadership with formal leadership is to engage other school members in the long-term vision and short-term goal setting processes. Though it can be very time-consuming, it is critically important to preserve sufficient time and space for information sharing, brainstorming, debating, and consensus building. The role of the principal is to create a trusting environment, to facilitate the work processes and to monitor the results. The work processes shall lead to a common understanding of the school long-term vision and concrete short-terms goals with a preliminary timeline.

Providing resources and supporting teachers’ professional agency. To purposefully design practice-centered work processes, it demands a school principal to possess excellent human resource management skills. Knowing teachers’ professional expertise as well as their willingness to lead is essential. Research shows that teachers are willing to lead only if their principal provides key leadership resources including time, trust, supportive colleagues, and a risk-bearing environment (Tian, 2016). Importantly, distributed leadership should not be misused by school principals to give away unwanted tasks to teachers. In fact, studies have shown that teachers are more willing to lead if the tasks are meaningful and leading to students’ growth and their own professional development (Hulpia, Devos, & Van Keer, 2009; Mascall, Leithwood, Straus, & Sacks, 2008; Tian, 2016). Analyzing where every teacher’s professional passion lies and motivating them to lead beyond their classroom teaching become an essential part of principal’s leadership work.

Acknowledging achievement and bearing responsibilities. Replacing the traditional role-based leadership with distributed leadership, one potential challenge is the increasing role ambiguity. To bring more clarity to the work processes, it is vital that the principal openly empowers teacher leaders in front of other teachers to consolidate their authority. Acknowledging short-term achievement becomes more critical in distributed leadership because it reinforces the empowered teacher leaders’ self-efficacy when their formal positional power is absent.

Notably, distributed leadership does not mean leading with a laissez-faire style. Especially when the empowered teachers fail their tasks, the principal remains the ultimate responsibility bearer for the school. Certain emergency situations call for principal’s crisis management skills, such as quick response to crisis, timely intervention, and fast decision-making.